Lottery on Chains is a lottery game on the blockchain. The Smart Contract defines the rules of the game. And rules are pretty simple: players are buying tickets using the blockchain tokens. The token is defined by the blockchain, for example, the BNB on the Binance Smart Chain. The tokens from sales go to the prize pool and will be used to pay prizes in a specific drawing. 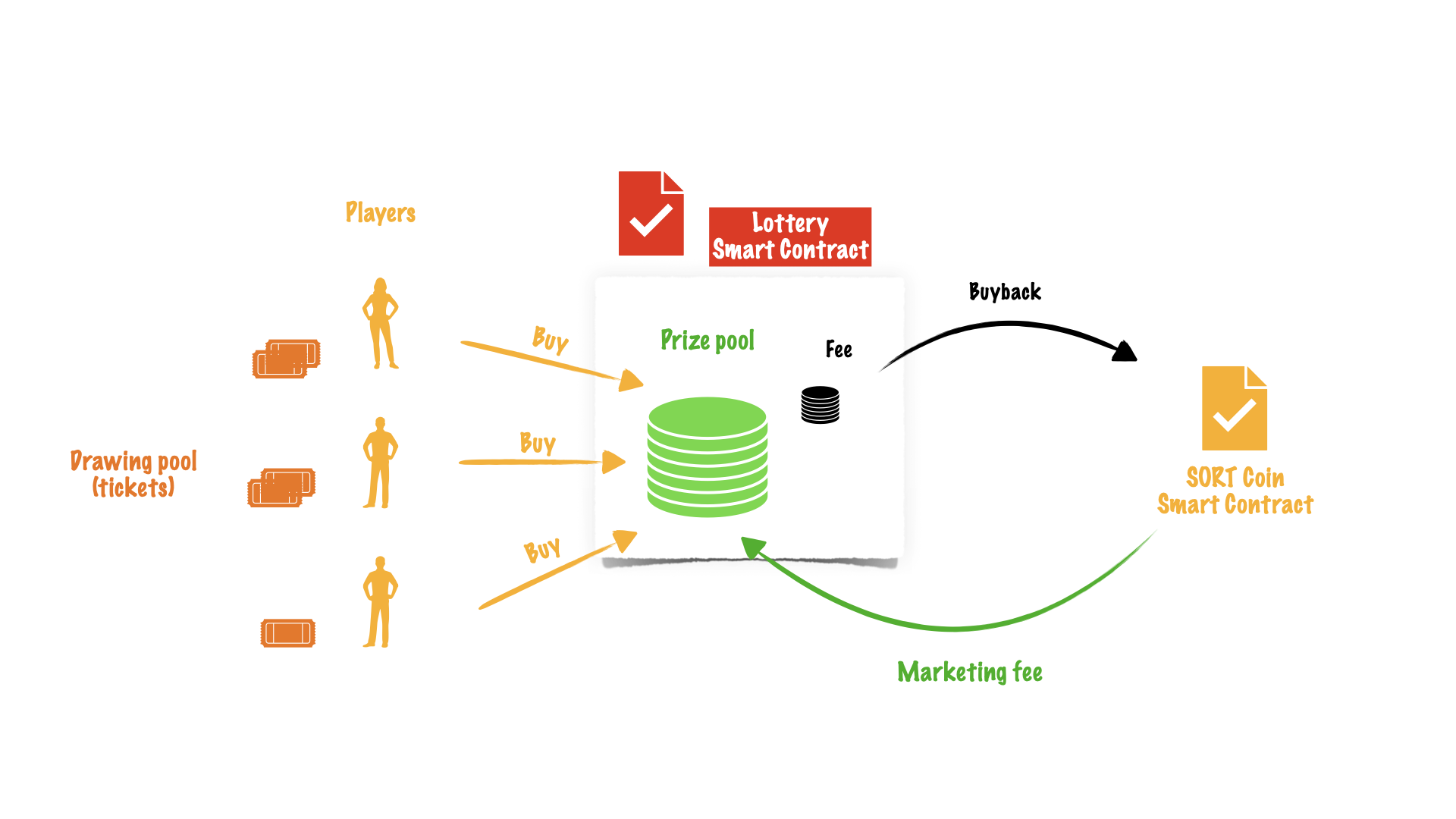 Once the time is over the game will be closed. After that point, players can’t buy new tickets anymore. And the contract will start the drawing to determine which previously sold lottery ticket is a winner. It uses the random number generator (RNG) to get the winning number. In the new version, the Chainlink VRF will be used as RNG. Once the winner is determined, the prize pool is locked as unclaimed, and only the winner can claim it. The unclaimed prizes are stored indefinitely in the contract memory and can be claimed at any time. 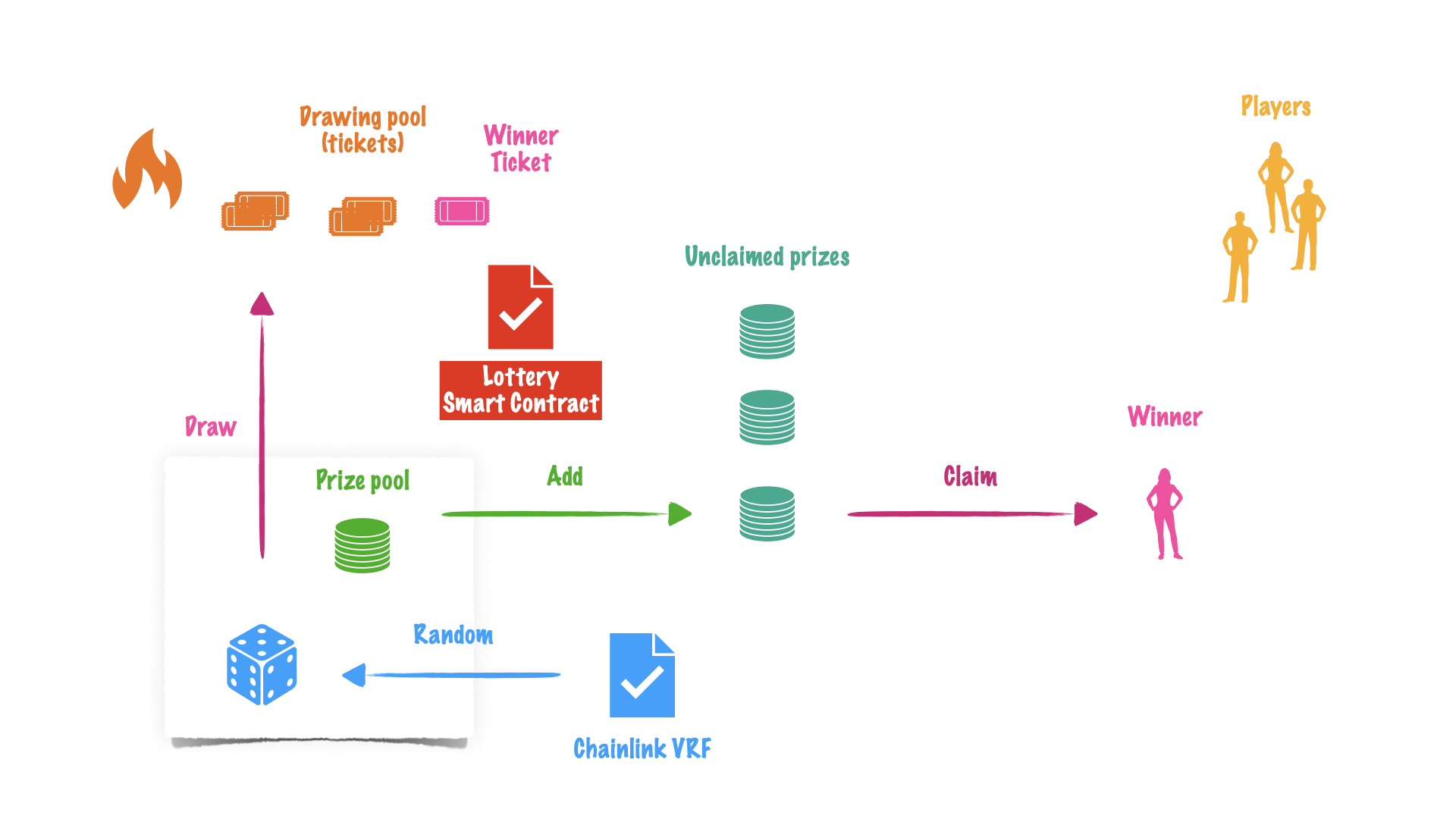 At the end of the game, all tickets are being burned and the new game is started.

The payout percentage is the contract parameter and can be set by the organizer for the next game. Usually, it’s more than 90% (organizer fee in that case is less than 10%).

The organizer, or contract creator, doesn’t have access to the prize pool. He can only withdraw the profit (sales fee). If the partnership exists partner is also eligible for part of the profit (commission %), but it does not affect the players payout, because partner gets the part of the organizer profit. Having a partner means organizer getting less profit.

Check out the How To Play Lottery section for playing guide, including how to Connect wallet.

This project is under active development.